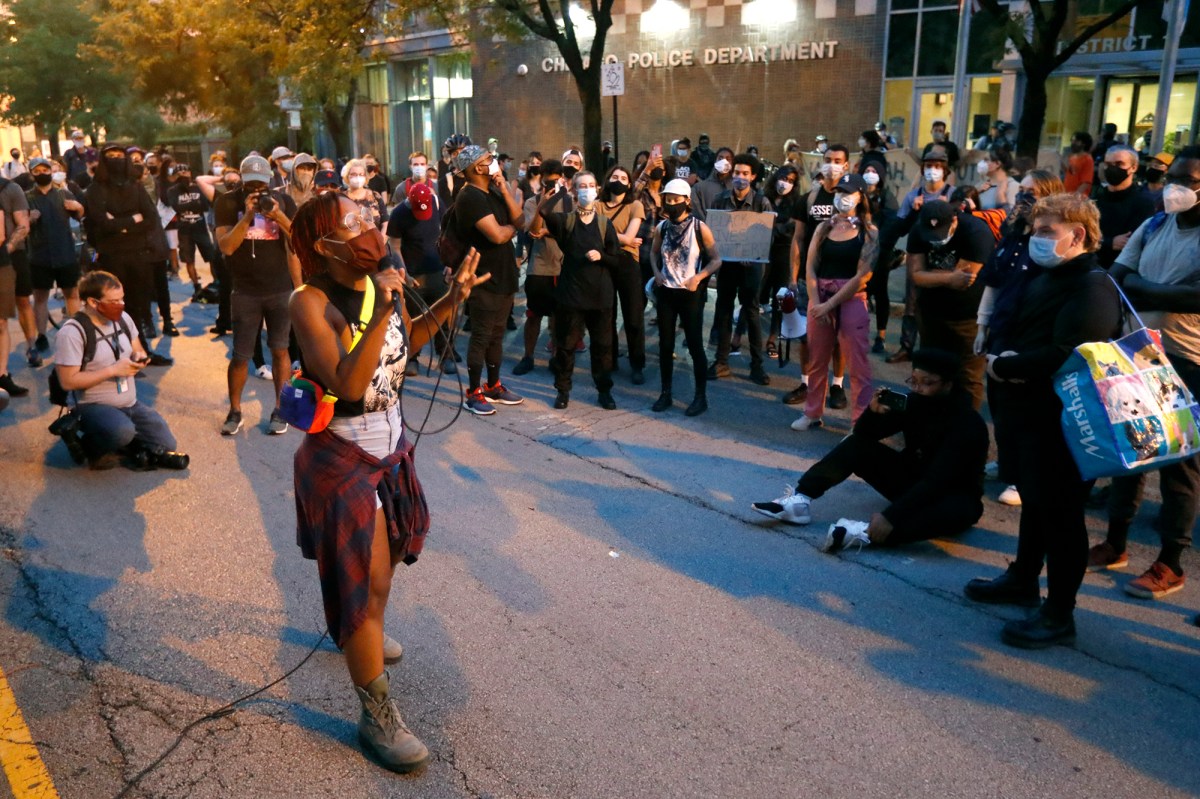 A Chicago Black Lives Matter organizer defended the widespread looting in the windy city over the weekend, calling it “reparations.”

“I do not care if anyone decides to steal a Gucci or a Macy or a Nike because it makes sure that person eats. It ensures that person has clothes,” organizer Ariel Atkins said at a rally outside Loop South police station on Monday. , reported WMAQ-TV.

“This is an indemnity,” Atkins said. “Thingdo whatever they want to get, get it because these businesses have insurance.”

The rally was held after a violent weekend in the city where they saw 100 arrests and 13 police officers injured after a 20-year-old man was shot and wounded by police after shooting at officers.

The violence prompted the city to impose “multi-layered”

; security measures, which will restrict entry to downtown Chicago from 8 a.m. to 6 p.m., Monday.

The measures call for bus service to be disrupted, highway ramps to be closed, and all but seven of the 18 Lakave bridges in the city that remain open – with police checkpoints.

Police also identified the man shot by officers as Latrell Allen, who was shot in the shoulder after opening fire on police officers, Police Superintendent David Brown said at a news conference Monday.

Allen was recovering at the University of Chicago Hospital and is expected to survive to face charges of attempted murder.

But Atkins questioned police account of the incident at Monday’s rally.

“The police say a lot,” she said. “They didn’t even have their body cameras.”

Police admitted that the officers involved in the shooting did not have body cameras and are asking the community for any video of the incident, according to WMAQ.