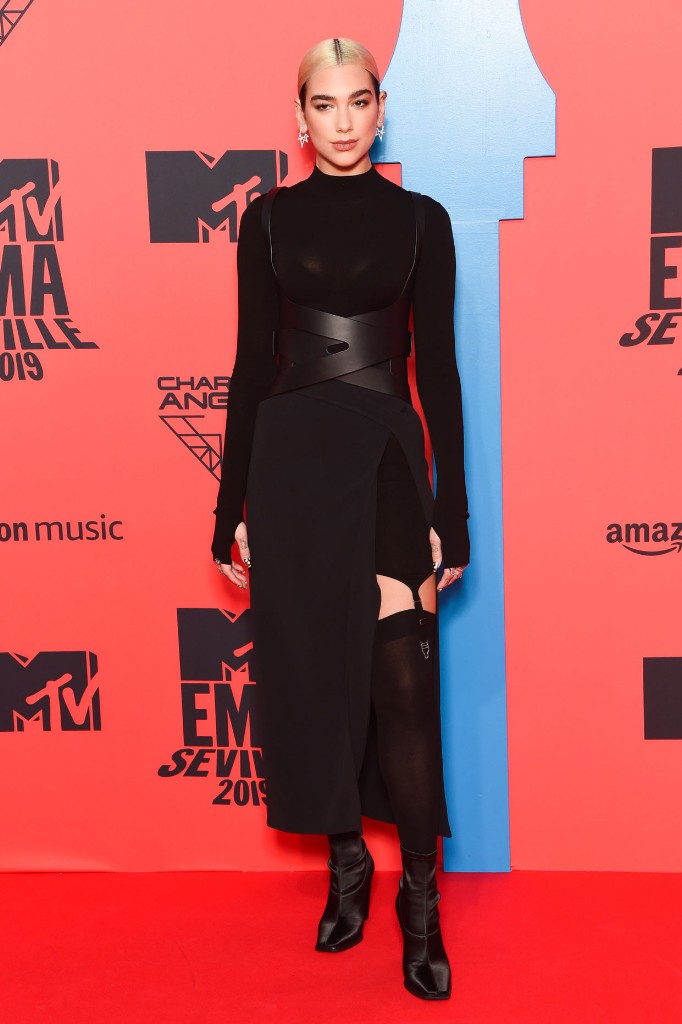 Dua Lipa stepped in Jimmy Kimmel Live holding the slot on monday evening and, boy, does she have a career waiting on tv late at night if pop music doesn’t work.

The singer “Do not start now” gave a monologue to Kimmel and interviewed celebrities, the first. She also confirmed that Dua Lipa is indeed her real name, she has 17 tattoos (including a familiar face on her back) and she was educated at that great British institution, Hogwarts.

Lipa also went into hiding and talked to some seniors to rate their thoughts on the song and the feeling of dressing, well, Dua Lipa.

Later in the show, Lipa interviewed Gwen Stefani. “You are brave,”

; Stephen said at the head. Singer No Doubt will appear in a remix of Lipa’s “Physical”, the video for which will fall on August 28th.

Gwen also talked about bonding with boyfriend Blake Shelton on an Oklahoma farm during the blockade, and she tackled some tricky “random, weird” questions. “Have you ever forgotten your lyrics on stage,” Lipa asked (of course, yes). What did Blake mean by her most annoying feature? (being on her phone). Long time ago a ghost (her son did).