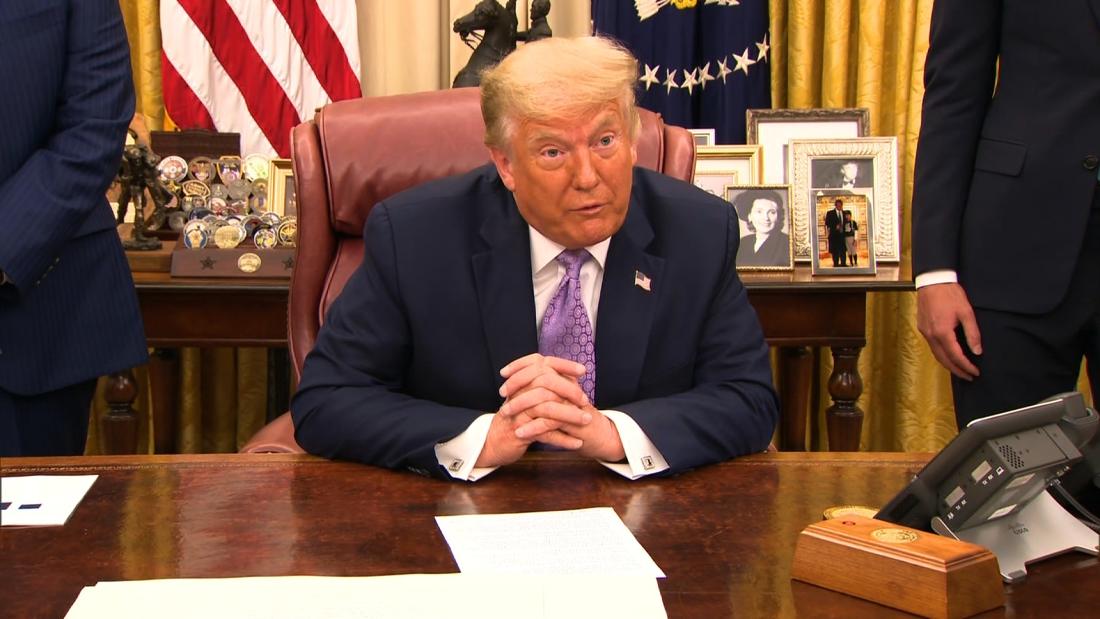 As part of the deal, Israel will “suspend” plans to annex parts of the West Bank, according to a joint Israel-UAE-US statement, which Trump tweeted on Thursday morning.

Trump told reporters at the Oval Office that he had a phone call with executives from both countries who had agreed to exchange embassies and ambassadors and “start co-operation across the board.” He said he expected other countries to follow the UAE’s lead to normalize relations ahead.

“We are already discussing this with other nations,” Trump said. “So you’ll probably see other of these.”

Trump tweeted a lengthy joint statement between the US and Israel, calling the agreement on “full normalization of relations” between Israel and the UAE a “historic diplomatic breakthrough.”

The statement said the normalization of relations “will bring together two of the most reliable and capable regional partners” and the nations will join the US in launching a strategic Middle East agenda on diplomatic, trade and security co-operation. “

Israeli Prime Minister Benjamin Netanyahu weighed in on the announcement in a tweet, quoting Trump’s tweet and writing, “A historic day” in Hebrew.

US Ambassador to Israel David Friedman congratulated the President on the agreement at the Oval Office.

Trump said he wanted it to be called the Donald J. Trump Agreement. He then asked Avi Berkowitz, a White House adviser and special representative for international negotiations, to speak. “Peace is a beautiful thing,” Berkowitz said.

Trump said his adviser and son-in-law Jared Kushner has done a “great thing” and “people do not always understand what he is able to do.” Kushner then spoke out and said Trump instructed him to take “an unconventional approach.” He spoke at length about the deal.

National Security Adviser Robert O’Brien added that the Middle East was a “mess” when Trump took office and this is another step to fix it.

This story is being broken and will be updated.