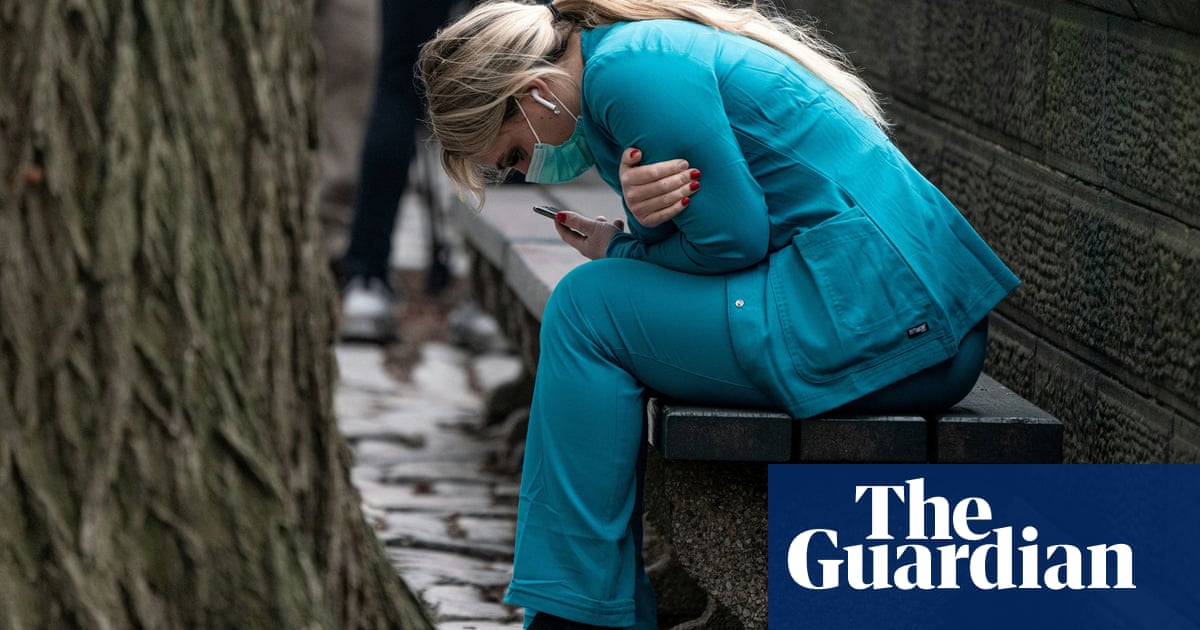 More that 900 front-line healthcare workers have died from Covid-19, according to an interactive database unveiled today by the Guardian and KHN. Lost on the Frontline is a partnership between two newsrooms that aims to count, verify and commemorate every US healthcare worker who dies during a pandemic.

It is the most comprehensive account of the deaths of American health care workers in the country.

1; and the severe shortage of life-saving equipment, such as N-95 masks, dresses and gloves – the country’s healthcare workers are once again facing life-threatening conditions in the southern and western states.

A team of more than 50 journalists from the Guardian, KHN and journalism schools have spent months investigating individual deaths to ensure they died from Covid-19, and that they were indeed working along the lines of money in contact with Covid patients or working in the places where they were being treated. Reporters have also investigated the circumstances of their deaths, including their access to the EPP, and tracking down family members, co-workers, union representatives and employers to comment on their deaths.

So far, we have independently confirmed 167 deaths and published their names, records and stories about their lives and how they will be remembered. We are continuing to confirm additional victims and are publishing new names every week.

The table includes doctors, nurses and paramedics, as well as key support staff such as hospital janitors, administrators and nursing home workers who risk their lives during the pandemic to care for others.

Early records show dozens have died who were unable to access proper personal protective equipment and at least 35 failed after federal job security officials received safety complaints about their jobs. Early lands also suggest that most of the deaths were among people of color, and many were immigrants. But because this database is an evolving work, the early findings represent a fraction of the total reports and are not representative of all deaths of health care workers.

From 167 employees added so far to the Lost on Frontline database:

Some of these deaths were preventable. Poor preparation, government mistakes, and an overloaded health care system increased that risk. Insufficient access to testing, a nationwide lack of protective equipment, and resistance to social distancing and masked clothing have forced more patients into overcrowded hospitals and caused the number of deaths.

Gaps in government data have increased the need for independent follow-up. The federal government has failed to accurately count the deaths of health care workers. As of August 3, the Centers for Disease Control and Prevention reported 592 deaths among health workers – but the organization does not list specific names and has acknowledged that this is a low score.

Recent moves by the White House underscore the need for public data and accountability. In July, the Trump administration ordered health institutions to send data on hospitals and deaths from Covid-19 directly to the Department of Health and Human Services, bypassing the CDC. In the days that followed, vital information about the pandemic disappeared from the public eye. (Data returned later after a public outcry, but the agency indicated it could no longer update the figures due to a change in federal reporting requirements.)

Exclusive stories from reporters have revealed that many health care workers use surgical masks that are much less effective than N-95 masks and put them at risk. Emails received through a public registration request indicated that federal and state officials were aware in late February of major PPE shortages.

Further investigations revealed that the health workers who contracted the coronavirus and their families are now trying to access death and other benefits in the workers compensation system. Our report also examined the deaths of 19 health care workers under the age of 30 who died from Covid-19.

We are continuing to collect the names of healthcare workers who have died and dig up why so many are getting sick. We welcome tips and feedback at frontline@theguardian.com and covidtips@kff.org.

Melissa Bailey and Christina Jewett contributed to this story.