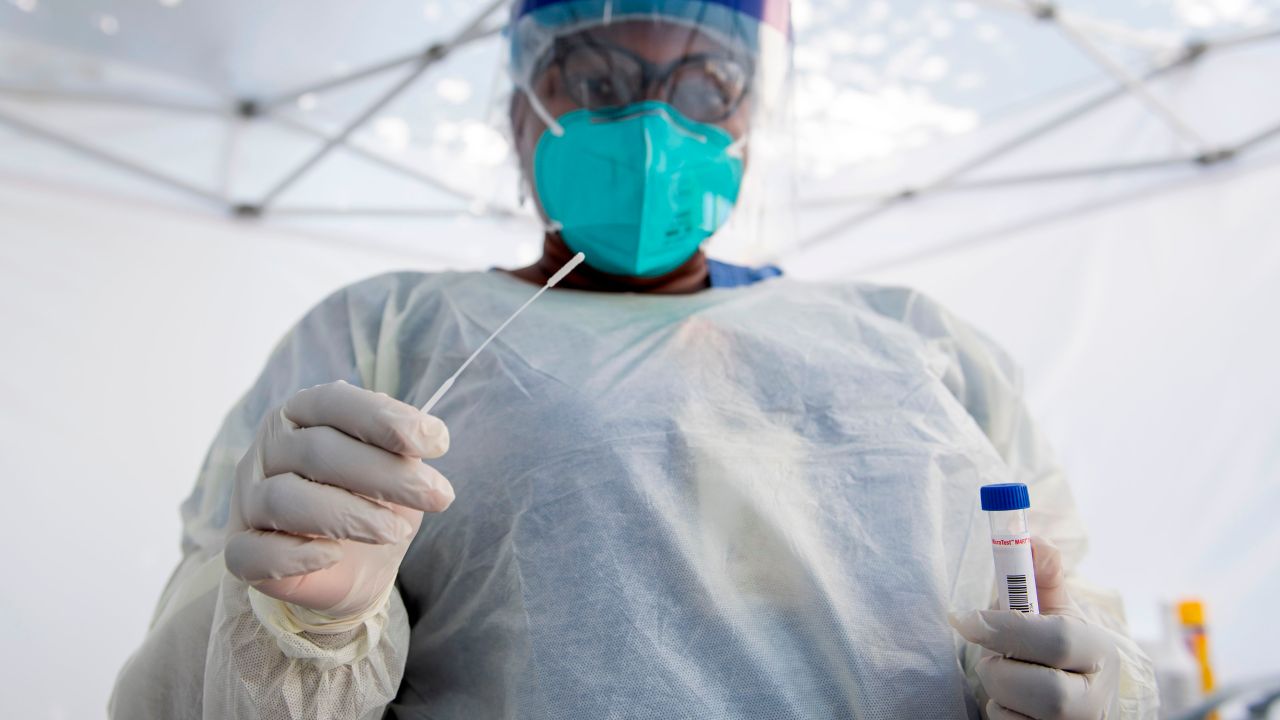 SAN DIEGO (CNS) – San Diego County health officials have reported 417 new COVID-19 infections and an additional death, increasing the county to 32,747 cases and 594 deaths since the onset of the pandemic.

The number of community outbreaks remains above the seventh degree or more in seven days.

A community outbreak is defined as three or more cases of COVID-19 in an environment and in people of different families in the last 14 days.

The new death of COVID-1

9, reported Saturday, was a man in his 60s who had basic medical conditions. He died on July 26th.

Due to county hearings on Monday, the next media briefings scheduled by county health officials will be Tuesday.

County Supervisor Nathan Fletcher said Wednesday that due to problems with the state electronic reporting system, which has led to a backlog in test results, additional cases could be added retroactively to both local and nationwide cases in weeks. future.

The county rate per 100,000 inhabitants is 109.9. The state goal is less than 100 per 100,000. The case rate is an average of 14 days and is based on the date of actual onset of the disease in each patient, and not on the date the disease was first reported by the county. Gaps in reporting often lead to delays in newly confirmed cases being reported and reported by health officials.

The percentage of people who test positive for the disease who have been contacted by a circuit contact tracker in the first 48 hours has risen from 7% on July 18 to 84% on Friday. The circuit target for this metric is more than 90%.

Officials say declining case numbers and other important metrics indicate positive trends, prompting some lawmakers to begin looking at ways to move forward with further reopening of the economy.

The Board of Supervisors over the past week opened county-owned parks for worship and fitness activities; approved $ 48 million in pandemic-related federal funding to help child care providers, school testing, and food for senior citizens; added a pilot test program at the San Ysidro Port of Entry for essential workers and U.S. citizens; and approved a plan that adds 22 members to a “safe reopening reconciliation team” to crack down on businesses that refuse to follow public health orders.

The compliance team will focus on three types of offenders, starting with the most ambiguous cases – such as those that organize mass rallies. The next level of implementation would focus on businesses or groups that have experienced community outbreaks. Finally, the team will check for less serious violations reported by concerned individuals, including businesses that do not require social distancing protocols or wearing masks.

A compliance call center has been set up so that county residents can file complaints about violations. The number is 858-694-2900.

Of the total hospitalized during the pandemic due to illness, 71% were 50 years old or older. But county residents aged 20-29 accounted for 25.5% of COVID-19 cases, the highest for any age group, according to county data. That age group is also less likely to take precautions to avoid the spread of the disease, officials said.

“Some San Diegans think they will not get sick and therefore are not following public health guidelines,” said Dr. Wilma Wooten, county public health officer. “What they do not realize is that they can become infected and pass the virus on to others who are vulnerable.”