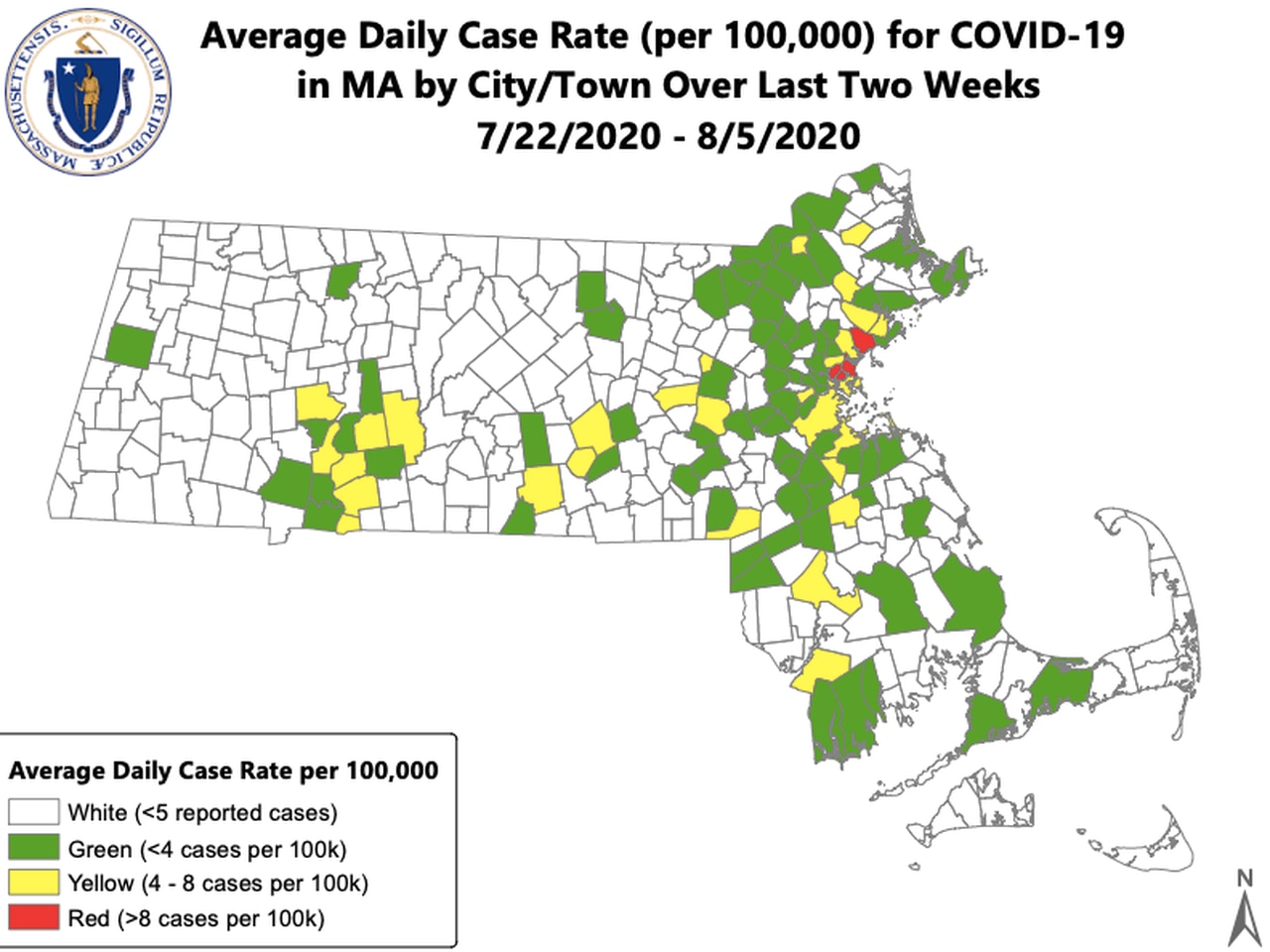 The Department of Public Health released the latest community coronavirus data on Wednesday.

The table shows the number of cases for each community, the total number of people tested, the number of tests, and the rate of positive test results over the past two weeks for each city and town in Massachusetts.

Compared to the previous two-week period, 212 communities have either seen improvements or have no change in the number of their average daily cases, officials said.

Officials also confirmed another 229 cases of COVID-19, for a total of at least 113,198. This is based on 15,693 new molecular tests reported Wednesday. 2,518 new antigen tests have also been reported.

There are currently 422 people hospitalized with the virus, including 64 patients in intensive care.

Gov. Charlie Baker said his administration had reached out to municipal leaders in communities with the strongest blows to come up with strategies to reduce infections. Baker said 318 communities in Massachusetts are at or below national standards for virus content, but added that there is still work to be done.