State Department did not consider civilian casualties when sending weapons to the Middle East, report reveals 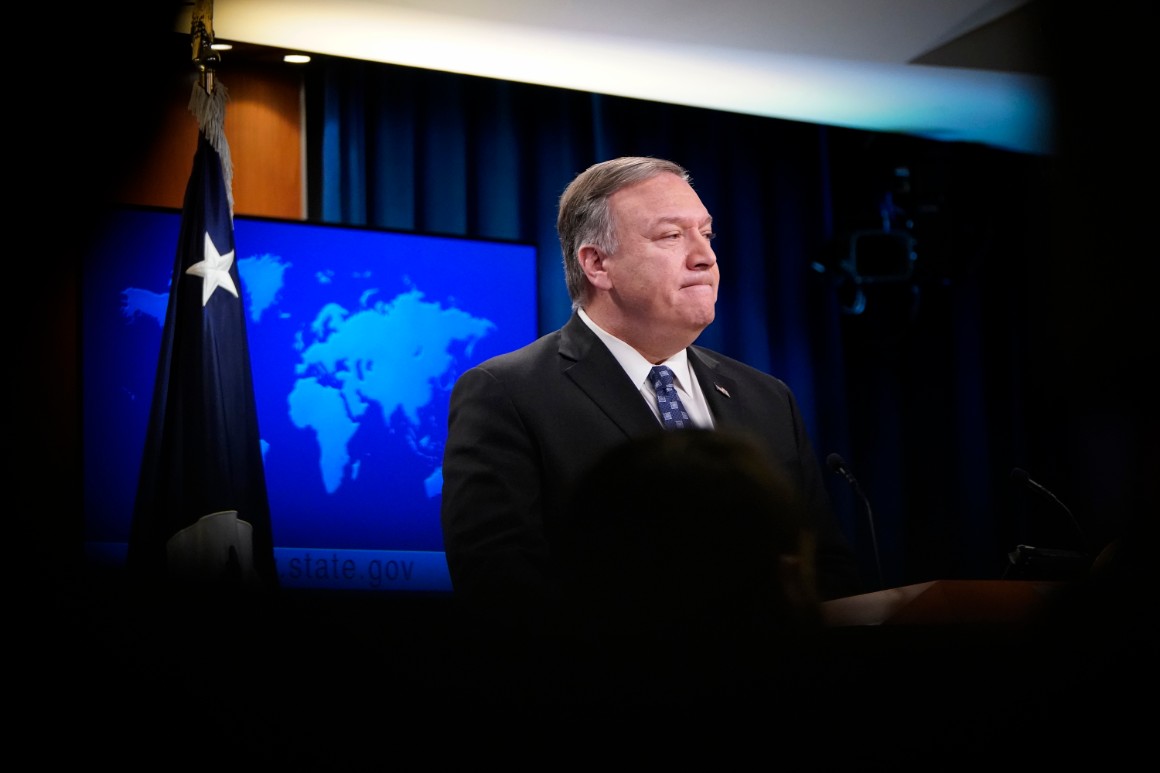 The Inspector General determined that, on a technical level, Pompeo made his use of the emergency authorities in accordance with legal regulations, which give him considerable discretion, inter alia, in determining what he considers to be an emergency.

However, IG also said the department “did not fully assess the risks and implemented mitigation measures to reduce civilian casualties and legal concerns” about the transfer of precision-guided ammunition to the three countries. The IG provided additional details about this failure, as well as a recommendation, in a classified annex to the report.

The unclassified section of the report published online included several editions that were insisted on by the State Department. But a shared version with lawmakers, dozens of whom had received it Tuesday at noon, does not include those editions, showing a more complete picture of the deadlines involved and raising questions about whether there was an emergency.

For example, an unprecedented timeline indicates that State Department staff proposed to use emergency authorities on April 3, 201

9, that emergency certification schemes were circulated 20 days later, and that it was not until May 4 that Pompeo headed that the urgent ones be certified by May 24th.

The report released online, however, said Pompeo briefed Congress on the Iranian threats on May 21, approved the documents two days later, and then confirmed that the emergency authorization was transmitted to Congress the next day.

Essentially, the public version gives the impression that Pompeo moved quickly to an urgent matter, while the unresponsive version shows a much longer timeline for discussion and action, undermining the argument that there was an emergency at all.

According to the unresponsive report, by the time the inspector general began reviewing what happened in October, “foreign partners had received full disbursement of 4 of the 22 arms transfer cases included in the May 2019 emergency.” The low number of full deliveries, which was edited in the public version of the report at the insistence of the State, also raises questions about how much of an emergency was at stake in the first place.

“The concern throughout all this was that Pompeo pulled out the urgency to bypass Congress,” a congressional aide told POLITICO. “Some key details in the report prove that, and these are the details that the State tried to bury. It looks like a cover.”

A State Department spokesman said the situation in the Middle East “clearly justified the use of legal authority in the Arms Export Control Act”.

“And after the report from the Office of the Inspector General, it is clear that IG also agrees that the legal requirements have been met, as they did not find any wrongdoing in the sale of emergency weapons and clearly stated that the Secretary properly executed the certification and complied with the requirements described in “The Arms Export Control Act”, said the spokesman.

The 22 transfers included the sale of 120mm mortar missiles to Saudi Arabia and Javelin-guided anti-tank missiles to the UAE, along with the transfer of laser bombs from the UAE to Jordan.

Of those 22 cases, lawmakers had decided to hold 15, the report said.

Conventional arms transfer policy prevents the U.S. from approving arms transfers if they know those weapons will be used against civilians.

The report is predicted in part because Pompeo recently engineered the shooting of Steve Linick, the inspector general under whom the investigation began. Linick was also looking into whether Pompeo and his wife, Susan, had misappropriated State Department resources for personal reasons, an investigation that continues.

Pompeo has denied that the investigation had anything to do with his decision to ask President Donald Trump to oust Linick in mid-May. Pompeo has claimed that Linick was a “bad actor” who was undermining the department’s mission. Linick, who had held the post since 2013, said he was shocked to be fired.

Pompeo resisted sitting down for an interview on the report on arms sales, a reason its release was delayed for so long. Instead he answered the questions in writing.

On Monday, the State Department held a backstage conference with reporters to highlight the finding that Pompeo properly completed the emergency declaration. The department did not release the report at the time and did not mention its determination regarding civilian casualties.

The department’s attempt to anticipate the report’s findings before the angry Democrats were released. House Foreign Affairs Chief Eliot Engel (DN.Y.) likened it to Attorney General Bill Barr’s efforts to make an early turn in the findings of then-adviser Robert Mueller in investigating electoral interference in Russia.

“The people who reported to the press were the subject of the IG investigation, not the authors of the report,” Engel said in a statement. “This apparent precedent of the findings requires an attempt to distract and deceive. Mike Pompeo is pulling straight out of the Bill Barr games book.”

After Linick was shot, the inspector general’s office was briefly run on an action base by Stephen Akard, an ally of Vice President Mike Pence who also held another position at the State Department. But he quit his job last week. The IG office is now being run temporarily by Diana Shaw, who had served as an Akard MP.