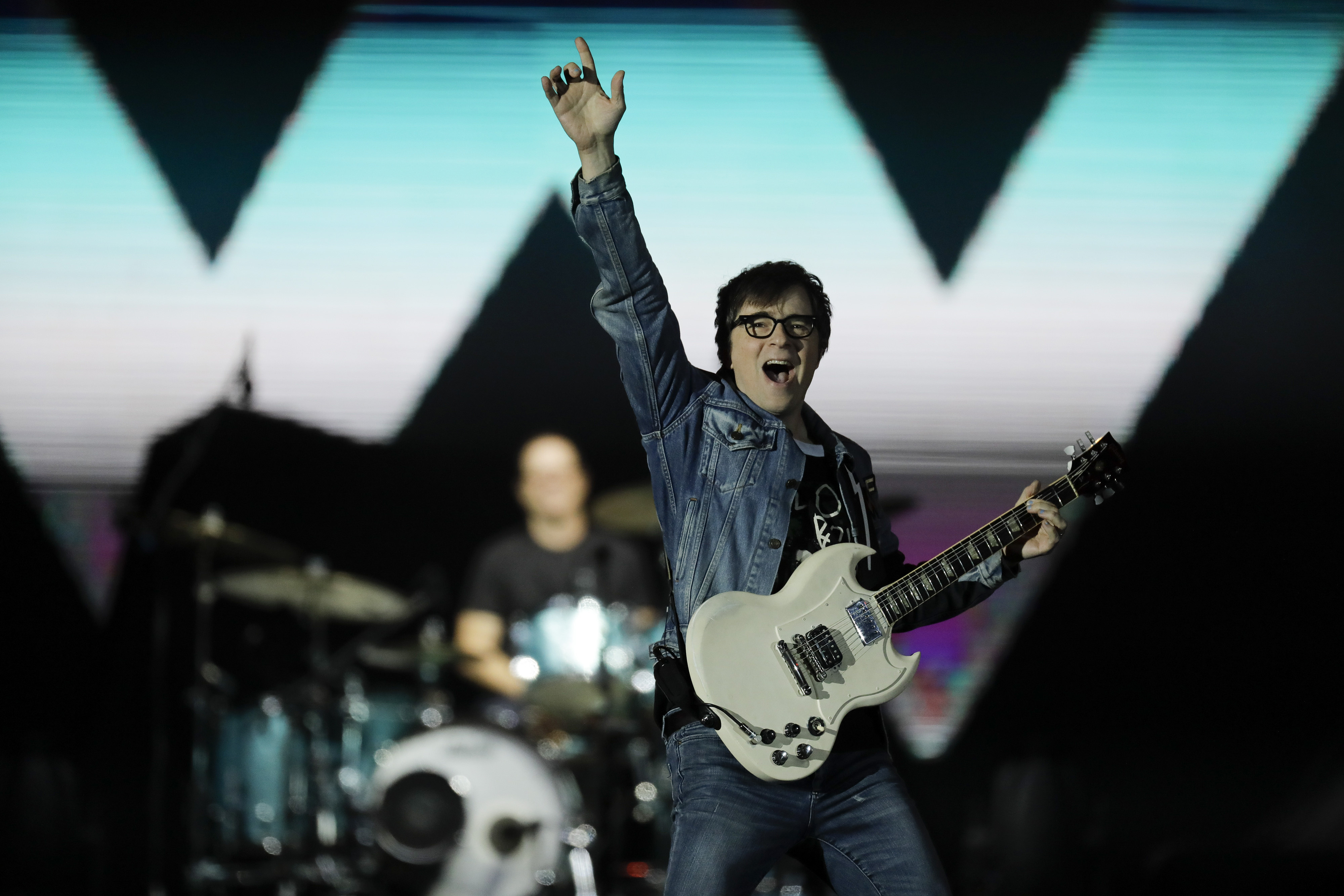 What better way to celebrate the first Bill & Ted movie in 29 years rather than with a gang that took the nineties by storm?

“My head is spinning, it’s the beginning of the end,” frontman Weezer Rivers Cuomo sings on the hook of the newly released song “The Beginning of the End.” The band deleted the new tune for the third installment of the franchise – with the right title Bill & Ted Face the Music – which the United Liberation Artists will release on the market on August 28th. 10K Tag Registry Projects will remove the soundtrack on the same day.

Actors Alex Winter and Keanu Reeves for the first time became heroes who travel through time, like the beloved bar Bill S. Preston Esq. and Ted Theodore Logan after the publication of the classic cult of 1989 Bill & Ted’s great adventure. Its continuation, Bill & Ted’s Bogus Journey, arrived in 1991. In Face Music, visitors from the future force the duet by creating a song that will save the world and life as we know it. Famous musicians – including Dave Grohl, Kid Cudi and Arcade Fire Win Butler – perform along the way.

Weezer is just one of the few notable names on the track list, which features the Cold War likes of Children, Lamb of God and Mastodon, as well as Wyld Stallyns – Winter and Reeves’s fictional set from the film franchise. Weezer also gave Billy Joel a writing credit for “The Last Beginning,” which is borrowed from Joel’s “Longer Time.” During an online chat, Cuomo explained that it was “just a clear thing”. He pointed out that these types of loans have become commonplace in recent years, before adding, “I do not think Billy Joel has written a song since the nineties.”

Bill & Ted Face the Music, the original soundtrack of the movement figures List of tracks
1. “Lost in Time” – The Great Black Delta
2. “The Big Red Balloon” – Alec Wigdahl
3. “The Beginning of the End (Edited by Wyld Stallyns)” – Weezer
4. “The story of our lives” – Children of the Cold War
5. “Jeta Rufus” – Mastodon
6. “Circles of Time” – The Great Black Delta
7. “Darkest Night” – POORSTACY
8. “Death from us” – The Lamb of God
9. “Violator” – FIDLAR
10. “Leave Me Alone” – Culture Wars
11. “Where you belong” – blame my youth
12. “Face Music” – Wyld Stallyns (Animals As Leader, Christian Scott aTunde Adjuah)
13. “What connects us to time: the chemical, physical and biological nature of love; an exploration of meaning, part 1” – Wyld Stallyns