The US tops 5 million COVID-19 cases, with five states making up more than 40% of the levels 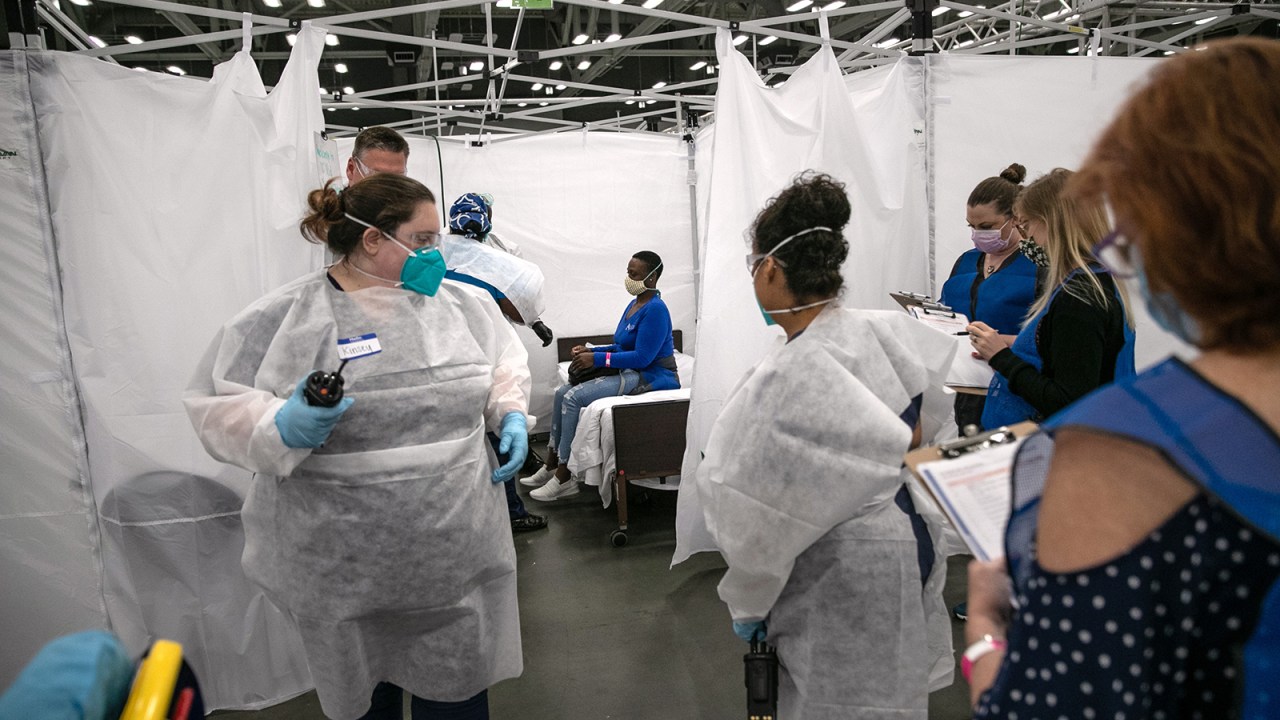 The US topped 5 million cases of coronavirus early Sunday – and as experts have previously pointed out, the true number of infections could be many times higher.

The number means the country holds about a quarter of global virus cases and also tops the list of the most reported deaths in the world. Of the country’s 5,022,187 estimated cases, 162,696 have been fatal, according to data collected by Johns Hopkins University.

To put the number in perspective, this means that the United States has had more Covid-19 cases than Ireland has people. The number of cases is also slightly higher than the entire population of Alabama.

To set the pace at which the number is growing in perspective: It took the country 99 days to reach 1

The pandemic shows no sign of slowing down and deaths continue to climb, with more than 1,000 deaths reported daily over the past five days, according to data from Johns Hopkins University Covid Tracker. As of July 21, there have been only four days in the U.S. not reporting more than 1,000 deaths.

As of this week, five states account for more than 40% of infections in the US: California (with most cases in the country), Florida, Texas, New York and Georgia.

New York, once the epicenter of the country, has been overtaken by several states that have seen major cases in recent months. On Sunday, the state reported the positivity rate the day before – how many people are testing positive compared to how many were tested – was 0.78%, the lowest level of positive overnight infection since the pandemic began, according to the governor’s office.

“Our daily numbers remain low and steady, despite rising infection levels across the country, and even in our region – and we have had the lowest positive one-day rate since the beginning,” Gov. said. Andrew Cuomo in a statement Sunday. “This is an extraordinary achievement, thanks to the tireless work of the New Yorkers.”

California, reporting more than 7,000 cases Saturday for a total of more than 545,000, had a positivity rate of about 6% over the past two weeks, according to health officials. Hospitals across the state are falling apart, and there are about 5,746 hospitalized patients – more than 1,000 from two weeks ago.

In Texas, the governor extended his disaster statement after the state reported its highest seven-day positivity rate: 19.41%. The previous high, 17.43%, was recorded around mid-July. More than 481,000 infections have been reported nationwide and about 7,872 people remain in hospitals.

As schools reopen for classrooms, researchers are still working to understand the spread and effects of the virus when it comes to children.

Research has shown that older children can transmit coronavirus just like adults, and another study said that children younger than 5 years old have a higher viral load from the virus in their noses compared to older children and adults, also raising questions about how likely they are to transmit the virus.

While some U.S. officials have said an infection poses fewer risks to the young population, a 7-year-old boy without basic health conditions died in Georgia last week, becoming the youngest victim in the state. Earlier this month, two teens died in Florida from coronavirus complications, bringing to seven the state total number of juveniles who have died from the virus.

With a positivity rate of less than 1%, New York has cleared all school districts across the state to reopen, Cuomo said on Friday, adding that plans could change if infection rates start to pick up again before reopening. planned.

The local school districts will decide what their reopenings will look like if they choose to return in person, conduct distance learning or choose a hybrid model.

Officials will “look like hawks in numbers,” Carranza said. “If the positivity rate numbers start to rise up and if it reaches 3%, we will learn remotely about the whole system.”

Coronavirus: The answers to your questions

In Georgia, many schools have already reopened.

At North Paulding High School, which at the time “suspended” the suspension of a student who posted a photo in its crowded hallways, six students and three staff members contracted the virus, according to a letter the principal sent to parents. which is taken from the Atlanta Journal-Constitution.

In northwest Atlanta, Barrow County Schools announced the county would practically start the year after more than 90 staff members were forced to quarantine because they had a confirmed or suspected case of the virus, or were angry with someone. that did.

Thousands have gathered in the small town of South Dakota

As the virus develops rampant across many communities in the U.S., visitors have flocked to a South Dakota city for the 80th anniversary of Sturgis Motor.

The state has so far recorded one of the lowest case numbers with about 9,477 infections, according to the state health department.

The event, organized in the city of about 7,000, brings in hundreds of thousands of people each year. While officials say this year will be a scaled-down version, it is expected that people still from all over the country – including hotspots like Florida, Texas and Arizona.

At nearby camps, there will be concerts, races, and contests every day. City officials say they have recommended guidelines for social distancing and capacity limits for bars and restaurants, but none of them are legally enforceable, city manager Daniel Ainslie told CNN.

Dr Carlos del Rio, a professor of infectious disease at Emory University, is not worried about the rally itself because it will mostly be outside, he said. Instead, he said he feared what would happen after hours, when people go to restaurants, bars and start gathering indoors.

“I’m quite worried that this event could be a disaster,” he said. “Not only can there be a lot of transmission there, but a lot of people can get infected there and go back to their home places and get the virus there.”

The event lasts until August 16th.