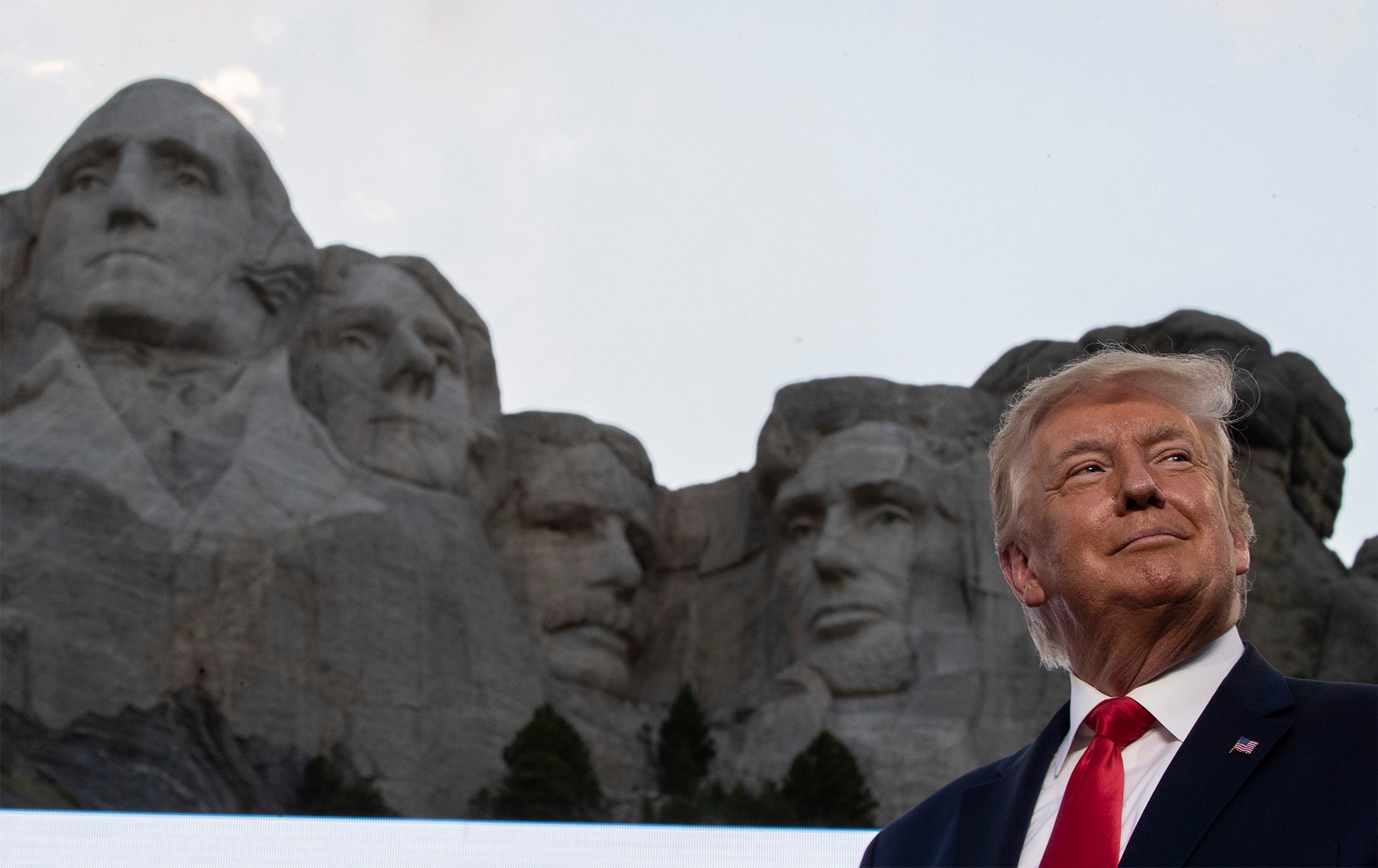 President Trump claimed that a recent New York Times report he had asked if he had added a face to Mount Rushmore was “Fake News,” though he was not exactly opposed to the idea.

The Times reported Saturday that in 2019, a White House aide asked South Dakota Gov. Christie Noem’s office how a president could be added to the famous mountain sculpture. CNN later selected the Times report, adding a reference to an Oval Office meeting 2018, where, Noem said, Trump asked him directly.

“This is Fake News from @nytimes failures & @CNN bad reviews,”

; Tweet tweeted last night. “I never suggested it, though, based on all the things achieved during the first 3 1/2 years, perhaps more than any other Presidency, it sounds like a good idea to me!”

Noem claimed, according to Sioux Falls Argus Leader, that she had encouraged Trump to visit South Dakota, citing Mount Rushmore, to which Trump responded that it was his “dream” to have his face there.

MSNBC BASHED MT. RUSHMORE WHEN WHEN THE BODY FORGIVES SO, BUT P USED APPLICATIONS FOR FOR FOR THE CIRCULAR IN PROMO

“I started laughing,” said Noem, who was running for governor at the time. “He was not laughing, so he was completely serious.”

Trump appeared in Mount Rushmore on July 3 this year as part of his Fourth of July weekend celebrations celebrating American independence. Standing in front of the mountain, holding images of Presidents George Washington, Thomas Jefferson, Abraham Lincoln and Theodore Roosevelt, he delivered a speech condemning the left and defending the nation’s founding fathers as some protesters after George Floyd’s death sought to tear down structures honoring them.

Fox News’ Gregg Re contributed to this report.