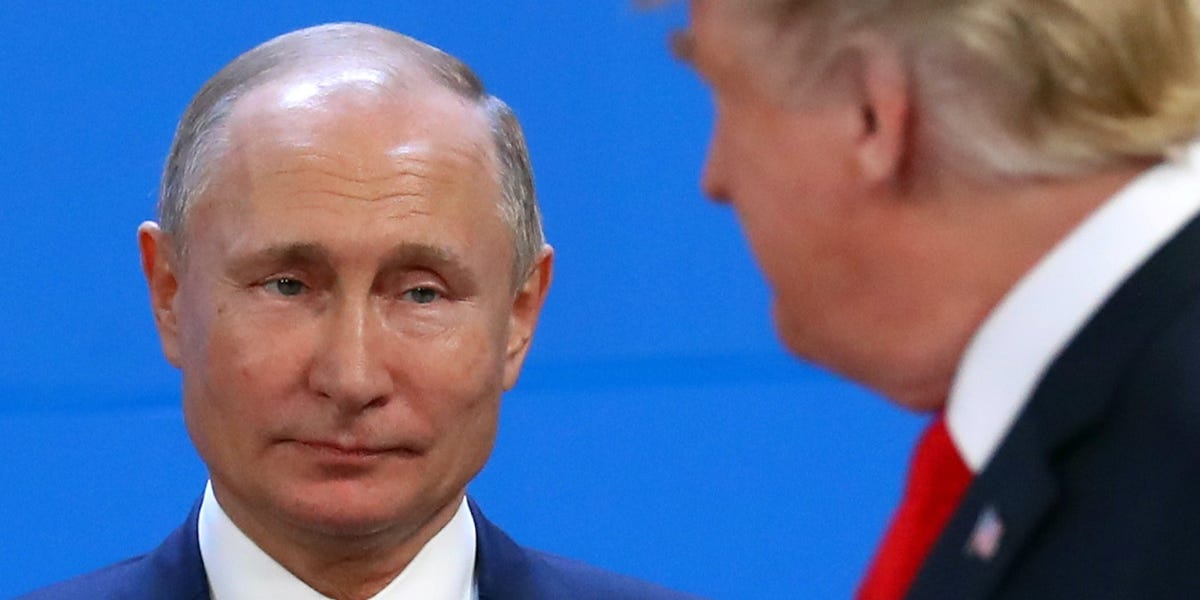 Donald Trump says he would like to invite Russian President Vladimir Putin to the next G7 summit of world leaders, despite opposition to Russia’s participation from other members including the United Kingdom and Canada.

Speaking Monday, President Trump said he was keen to hold the G7 summit, which the US is scheduled to host and which was delayed from June due to the coronavirus pandemic, following the November presidential election.

Asked if he would invite Putin, Trump responded, in comments reported by Reuters: “I do not know, but we have invited a number of people to the meeting. I would certainly invite him to the meeting.”

The G7 includes Germany, France, the United Kingdom, Italy, Japan, Canada and the United States. The group invited Putin to meetings as the “G8” but Russia was ousted in 2014 after annexing the Ukrainian region of Crimea.

A White House press release on June 1 said Trump and Putin had discussed “progress toward the G7 summit,” but gave no further details.

Germany in July rejected a renewed suggestion by Trump that Russia be invited to the G7 when it meets.

Heiko Maas, Germany’s foreign secretary, said last month that there was no prospect of re-admitting Russia until it had addressed the situation in Crimea and eastern Ukraine.

“The reason for Russia’s exclusion was the annexation of Crimea and the intervention in eastern Ukraine,” he said.

“As long as we do not have a solution there, I see no chance of that.”

France, the United Kingdom and Canada have all voiced opposition to Russia’s return to the G7.

Trump did not specify when the next G7 summit will take place, but said he hoped it would take place in a “calmer atmosphere” after the November presidential election. He said he would also like to invite Australia, South Korea and India.

“I’m much more inclined to do that sometime after the election,” he told a news conference at the White House.

Trump tracks Democratic nominee Joe Biden in opinion polls to win the presidential election but he would remain in office until the end of his full term in January next year if he loses.